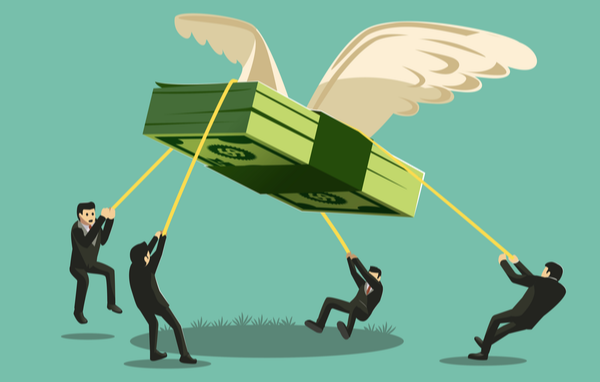 In 2019, the Federal Reserve began to cut the Fed Funds rate for the first time since the Global Financial Crisis, as the economy showed some signs of sluggishness. This resulted in long-term rates slowly but steadily dropping as well. In early 2020, the Federal Reserve acted quickly to aid the economy by slashing the key Fed Funds rate to the zero bound and beginning bond purchases to inject liquidity into the markets. The 10-year U.S. Treasury hit historic lows by August.

The Fed has repeatedly stated it is committed to maintaining the Fed Funds rate at its current level and will continue bond purchase programs until the recovery is firmly established. However, beginning in early 2021, the good news about vaccines, stimulus, and strong economic data has created a surge in longer-term rates in anticipation of a rapidly strengthening economy. While rates may not increase as rapidly as we’ve seen so far, they are likely to continue to rise.

Investors who have positioned their portfolios for a lower rate environment – including focusing on growth stocks and seeking yield by lengthening the duration of their bond portfolios – may want to think about some tactical shifts to their asset allocation to both mitigate risk and potentially capitalize on the next phase of the recovery.

The Effects of Rising Interest Rates

Rising interest rates make it more difficult and expensive for corporations to borrow money and raise money in the capital markets. This can directly impact a company’s bottom line and put a damper on future growth, affecting the stock price.

On the bond front, when interest rates rise, the yields on new bonds may be higher than bonds that were issued when rates were lower. Investors holding longer-duration bonds that were purchased to achieve greater yield are now locked into yields that may not be as attractive as those currently on the market.

It’s All About Tactics

A long-term investment strategy is usually built with an asset allocation that can endure the rising and falling rates encountered in a typical business cycle. The key to managing during the transitions – and potentially capturing opportunity – is to make tactical shifts within your overall asset allocation.

Tactical asset allocation aims to capitalize on short-term changes in the market. The goal of tactical asset allocation is to limit exposure to underperforming assets and continually invest in companies or assets that are potentially aligned with the changing business cycles. Tactical shifts are made inside your overall allocation – for instance, in your equity allocation, a tactical shift would mean changing from a style – such as moving from growth to value – or a sector, such as moving towards sectors well-positioned for an economy that is expanding. It would not necessarily mean reducing or increasing overall equity exposure.

Over the past decade, value stocks declined in popularity as investors flocked to the returns that growth stocks were providing – which were often fueled by the growth that was funded by inexpensive debt. In recent months, the trends are starting to shift back towards value stocks as returns have outpaced growth stocks in early 2021. For example, as of March 8, 2021, The S&P 500 Value Index had outperformed the S&P 500 broader index by 2.00% year to date. But it had outperformed the S&P 500 Growth Index by 12.4% (1). While that’s a dramatic result over a fairly short time period and is not indicative of future performance or any longer trend, it is interesting to note how quickly the market turned. As the economic recovery gains ground, this trend may reverse back to historical norms of growth outperforming in a booming economy – but until then, some shifts may help cushion returns.

Similarly, sectors that do well when interest rates rise would include Financials, which of course, were initially expected to do poorly as both consumer and corporate balance sheets suffered during lockdowns. FactSet reports that during the first quarter of 2021, Financials were the second-best performing sector. FactSet also reports that while materials and industrials did well, consumer discretionary is still lagging a bit (2). Consumer balance sheets are in a much better position thanks to three stimulus packages. With employment numbers recovering, consumer discretionary may be poised to benefit from a consumer shift from saving to spending.

Mitigating interest rate risk in a bond portfolio is about lowering overall duration. A bond laddering strategy is one way to accomplish this. Rather than purchasing long-term bonds and locking in an interest rate for years, bond laddering aims to purchase multiple short-term bonds that mature at different times to absorb the continuous rise in rates.

An example of this would be purchasing six different bonds with staggered maturity dates. The first one matures; the proceeds can then be reinvested into another bond, extending the ladder. While the ladder can be created with any amount of bonds, having six allows the ladder to be structured so that the investor can receive income each month with the semi-annual payments.

However, while bond laddering can be an effective strategy to reduce the impact of interest rate risk, it’s important to consider your income needs as short-term bonds tend to have slightly lower rates and provide less income potential than their long-term counterparts.

Banks make floating rate loans to companies that are usually below investment grade. The loans periodically adjust as rates change, typically anywhere from every one to three months. While there is potential exposure to credit risk due to being invested in lower credit quality borrowers, the big difference between floating-rate loans and high-yield bonds is that floating-rate loans are senior to all other debt and typically have collateral backing them.

As the economy recovers, inflation is also projected to rise. TIPS are a type of Treasury bond designed to protect investors from potential loss in purchasing power due to inflation. TIPS can be useful as part of a diversification strategy because, unlike fixed-rate bonds, the value of TIPS increases along with the inflation rate. Like floating rate funds, the price is adjusted twice per year to reflect the changes in inflation.

However, while TIPS can be a way to protect money against inflation, it’s important to note that the interest rates are typically lower than standard bonds due to the advantage of having inflation protection, thus providing less income potential than long-term bonds. Also, the adjustments made to the value of TIPS are considered taxable income, so even though an investor won’t see the capital appreciation until maturity or sale, the investor would still owe taxes.

While there are many different strategies to reduce the impact of interest rate risk, the principles of investing generally stay the same. Take into account your risk tolerance and income needs, stay diversified, and stay invested. That said, it can be tough to know the best ways to approach limiting and managing risk, so talking with an advisor can help ensure a good decision.

Inflation: Bad for Your Wallet, Good for Your Portfolio?

After two surprise inflation prints in April and May, the Fed finally said it out loud – inflation...

A Good Credit Score Is A Good Investment

You probably know your credit score is important, and you may even have an idea what your “number”...